The United States Marine Corps (USMC) has a terrific reputation among the military branches.

Marines are well recognized for their contributions to expeditionary and amphibious operations.

Furthermore, Marines have the opportunity of joining special forces through MARSOC.

What Types of Marine Special Forces are there?

The United States Marine Corps (USMC) currently has over 182,000 active-duty members along with an additional 40,000 in reserves.

A small fraction of Marines has the special opportunity of joining the United States Marine Forces Special Operations Command (MARSOC).

Service members that get the rare opportunity of joining SOCOM or MARSOC become part of some of the most elite fighting forces in the world.

Scout Snipers: Marine Scout Snipers have completed the Marine Corps Scout Sniper School and have a military rank of Lance Corporal or higher. The position requires a lot of training yet is rewarding in many facets.

MARSOC handpicks members for the elite forces in the Marine Corps including Green Berets and Raiders.

Additionally, MARSOC is trained to perform counter-terrorism and information operations.

Marines that seek to join MARSOC endure years of training and preparation for the role.

The background investigation is performed by the Department of Defense (DoD) and includes an extensive look into your personal character, finances, and history.

Raiders are also very good in water so they receive a good deal of swimming training.

In order to join MARSOC, you must be a Marine for at least 3 years.

Moreover, you need to attend the Marine Special Operations Individual Course (ITC) along with several other requirements over 4 phases.

The establishment of MARSOC in 2006 has distributed some of the work FORECON used to accomplish to other Marine Special Operations Team (MSOT).

Nonetheless, FORECON is still incredibly important in gathering information about others behind enemy lines.

Most people are familiar with the work of Scout Snipers even if they are not interested in joining the military.

The position presents a lot of prestige and honor as serving the country in Marine Special Forces as a scout sniper can take you a long way.

Scout Sniper (MOS 0317) is a secondary MOS in the Marine Corps.

Snipers earn this secondary MOS in addition to their primary role as Marine Corps infantrymen or reconnaissance.

Recruits that want to become a USMC sniper need to graduate from the U.S. Marine Corps Scout Sniper School.

Furthermore, Scout Snipers must receive the military rank of at least Lance Corporal and earn a recommendation for the school from someone within their battalion.

Lastly, Scout Snipers must complete a training course before they receive the official designation.

Marine Scout Snipers are extremely important as their stealth and ability to eliminate targets discreetly makes them very valuable.

The Radio Reconnaissance Platoon (RRT) is another addition to Marine Special Forces.

Marine RRT is a member of Marine Corps Special Operations Command, Detachment One.

As a result, Radio Reconnaissance Platoons work alongside other units of the Marine Expeditionary Unit (SOC) during operations.

While Marine Radio Reconnaissance Platoons are technically not a Special Missions Unit (SMU), the team still executes specialized jobs with elite forces which makes them a little different from your average Marine.

Their communications support, as well as reconnaissance and surveillance, contribute heavily to the intelligence of the USMC.

Recruits still need to complete the Army Airborne School (they are trained to jump out of aircraft) along with the Basic Reconnaissance Course and Survival, Evasion, Resistance and Escape (SERE) course.

You’ll also learn how to interrupt morse code and other old methods for communication.

These specialized sub-units are comprised of members from other Marine Expeditionary Units (MEU).

The Maritime Raid Force (MRF) focuses on missions that include structures in or near water.

Marine MRF utilizes speed and stealth to take down enemy forces by surprise.

The Maritime Raid Force has evolved with the emerging threat of piracy in open waters.

The training for Marine MRF is considerable as recruits learn a variety of skills and survival techniques.

Marine MRF deals primarily with direct action involving intelligence gathering or hostage rescue which teaches Marines to be able to confront a variety of situations.

The Maritime Special Purpose Force (MSPF) is a specialized sub-unit that recruits Marines from other Expeditionary Units (MEU).

Marine MSPF is considered special operations capable forces that can deploy and present a low profile.

In other words, Marines in these units generally operate in small teams.

Maritime Special Purpose Forces are different in that they cannot operate independently of the parent Marine Expeditionary Unit (MEU).

Consequently, they only represent an extension of other special units that provide Marine MSPF with intelligence, communications, logistics, fire support, and transportation.

The training for Maritime Special Purpose Force (MSPF) varies depending on the specialty.

The two special forces work closely together to plan, coordinate, and conduct joint exercises against the enemy.

ANGLICO never gets assigned its own battlefield as the unit is constantly on the move.

The small teams generally do not travel in groups larger than 4 to 5 members.

However, ANGLICO can also deploy as an entire company to support large-scale MEU operations.

Team members are all very well trained even if each Marine has its own specialty.

ANGLICO units may perform a wide variety of tasks yet most of its work is associated with close air support.

The training program for ANGLICO seeks candidates that are proficient in multiple skills.

You will receive airborne training and jump qualification at the legendary Army Airborne School at Fort Benning.

The Special Reaction Team (SRT) is a lesser-known group among Marine Special Forces yet that is not to underestimate its importance.

Marine Special Reaction Teams are unique in that they train along with law enforcement units of other branches.

Marine Special Reaction Teams are first responders to the most dangerous high-risk situations within a military base or compound.

For this reason, you could say that Marine Special Reaction Teams (SRT) are the military equivalent of police SWAT teams.

Recruits that are interested in joining Marine SRT need to complete their training at the U.S. Army Military Police School at Fort Leonard Wood (Missouri).

These platoons are capable of rapid deployment anywhere in the world to immediately shore up international security.

Marine FAST has a long tradition within the military branch as it was established in the late 1980s.

FAST Marines only provide limited duration fire support to protect vital naval and national assets before moving onto the next objective.

Marine FAST units feature some of the most advanced weapons and gear in the world.

Furthermore, FAST team members are extremely well trained and prepared for a variety of conflicts.

FAST companies must maintain a high degree of readiness as they may get called to anywhere in the world in a moment’s notice.

Consequently, they do not deploy and instead remain permanently at locations with high-value assets.

Marine RTT focuses first and foremost on responding to security threats at the location where they are stationed.

Fittingly, they have the training to recapture property, materials, or personnel from a conflict such as a hostage situation.

The training primarily focuses on close-quarters combat as well as security.

Marine RTT training is very similar to the demands of FAST with candidates needing to complete several schools before progressing to an official designation.

Marine Special Forces represent more than 10 different units that provide advanced security and protection to the United States of America.

Marine Special Forces have different specialties that are often combined with other units, or the Marine Expeditionary Unit (MEU).

While it generally takes years to join Marine Special Forces, it is well worth the journey if you are willing to work hard! 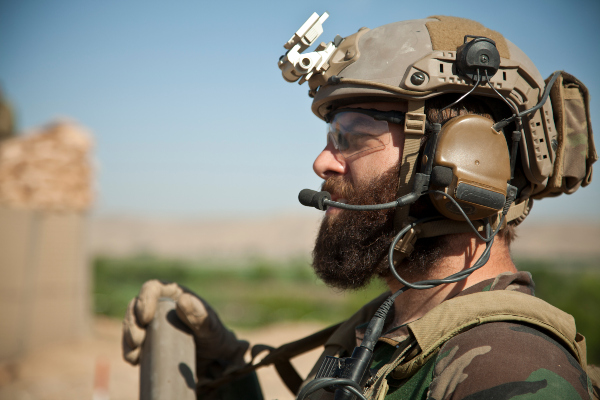 The Marine Corps Special Forces has several sub-units, all with a different, yet important, mission. Learn more about each type of Marine Special Forces unit, including what they do, what the requirements are, and more.