Men and women who want to join the most elite fighting force in the world have one choice, the United States Marine Corps.

The transformation from civilian to warrior will be challenging, but the Marine Corps is committed to providing future warriors the tools to succeed.

The Delayed Entry Program (DEP) was created to provide future Marines with a community to prepare them for the challenges of Marine Corps recruit training.

Those who have decided to take the challenge of becoming a United States Marine can postpone recruit training up to 365 days to get their affairs in order, complete high school, or graduate from college through the delayed entry program.

The term Poolee refers to those who aspire to be a Marine through the DEP.

Enrollment in the DEP gives Poolees the unique opportunities to include:

Marine Poolees are exceptional examples of what many strive to be but fail to accomplish.

There are strict requirements that civilians need to pass to become a Poolee and eventually a Marine.

Applicants do not officially become Poolees until they swear in at the local Military Entrance Processing Station (MEPS).

The United States Marine Corps accepts nothing but the highest quality applicants.

There are several requirements that applicants must accomplish to become Poolees.

Below are the minimum requirements for the delay entry program.

The medical screening ensures that an applicant is in good health and identifies disabilities such as color blindness.

Color blindness is not a disqualifier, but it does prevent applicants from being assigned certain occupational specialties.

If you do not meet the application requirements above, you can still talk to a United States Marine Corps recruiter.

They may be able to apply for a waiver or provide guidance on how to qualify.

#3. How To Get Ready For the Marines

Getting prepared for Marine Corps recruit training will look different depending on the Poolee, but there are a few things that all Poolees can benefit from.

The Marine Corps has the most challenging physical fitness standards of all the Military forces.

Physical fitness is one of the major concerns for Poolees.

One of the first events of recruit training is the Initial Strength Test (IST) that includes a 1.5-mile run, crunches or plank, and pull-ups or push-ups.

Below are the male minimum requirements:

Below are the female minimum requirements:

To prepare Poolees for these standards, recruiting offices conduct physical training a couple of times a week.

Over the course of the DEP, Poolees will gain physical strength and confidence in their abilities.

Poolees enrolled in high school must keep their grade up to ensure that they graduate on time.

If a Poolee does not graduate on time, their recruit training ship date may be pushed back.

When a ship date is pushed back, the occupational specialty could be taken away, and the Poolee may have to change their specialty to suit the needs of the Marine Corps.

If a sign-on bonus was involved, it might get taken away if the Poolee does not meet the shipping standards.

A Poolee needs to prepare themselves financially to get prepared for recruit training.

Once recruit training is started, a recruit will not have access to their bank or other financial institutions.

Any services or loans should be placed on automatic payment to prevent past due payments while at recruit training.

For married Poolees, they need to make arrangements before recruit training because they will not be able to transfer funds to their spouses while in training.

Once the member graduates recruit training, they are protected by the Servicemembers Civil Relief Act (SCRA).

One major benefit of the SCRA is that any loans a person had before joining are reduced to 6% interest.

#4. Do Marine Poolees Get Paid?

Poolees do not get paid while in the delay entry program.

Recruits get paid the day they get to their designated recruit depot.

Due to COVID-19, there have been changes to recruit training, such as a mandatory quarantine period before arriving at the depot.

Technically, these men and women are not recruits yet and are Poolees.

During the quarantine period, Poolees will get paid.

One of the biggest challenges for recruiters is getting applicants past the Military Entrance Processing Station (MEPS).

Honesty is essential to the success of the MEPS process.

Applicants must be honest upfront about their medical and personal histories to ensure their success.

Once an applicant becomes a Poolee, communication with their recruiter is key to their success. Any changes that may affect their ability to attend recruit training need to be brought to their recruiter’s attention as soon as possible.

Deciding to join the most elite fight force in the world is a testament to your honor, courage, and commitment to defending the people of the United States of America.

It will be challenging, it will be rewarding, and those who answer the call will be equipped with the tools to transform their lives. 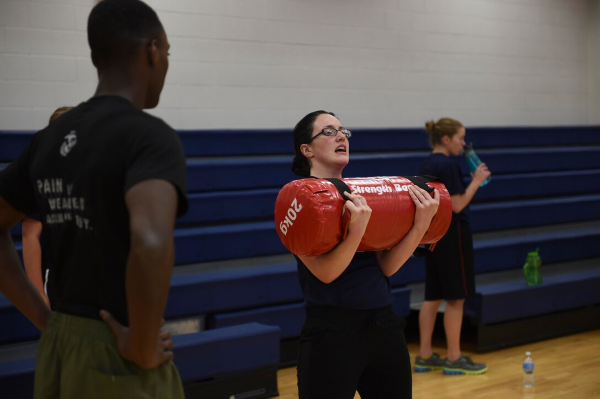 If you're wondering what a Marine Poolee is, wonder no more! Our guide discusses everything you need to know about the Marine Corps delayed entry program, or DEP.