The Golden State of California is one of the most desirable places in the U.S. to call home.

With two massive metropolitan areas in San Francisco and Los Angeles, California is the most populous state in the country.

Along with terrific year-round weather and thrilling nightlife, the state is also strategically important to the West Coast of the United States.

Therefore, the U.S. military has many different Air Force bases in California.

There are 6 Air Force bases in California.

Learn more about each Air Force base and the purpose of the facility.

Serving the country in a place like California is an outstanding opportunity and worth appreciating!

Overall Mission: Beale Air Force Base is one of the largest bases on the West Coast.

The 9th Reconnaissance Wing serves as the host unit and collects intelligence for national defense.

The wing is also available for quick combat support to all areas of the world.

Overall Mission: Edwards Air Force Base is legendary with aircraft testing in the United States.

The Air Force has used the base since before the start of World War II.

The research and development facilities support many different aerospace programs of the U.S. Air Force.

The military base serves as the garrison for the 61st Air Base Wing which includes the Air Force Space Command Missile Systems Center.

The SMC deals with research and management of military space systems.

Overall Mission: March Air Reserve Base in Moreno Valley is not only one of the oldest Air Force bases in California but in the country.

The iconic base was instrumental for Strategic Air Command during the Cold War.

Today, it represents the headquarters of the 452nd Air Mobility Wing along with hosting several other tenant units.

Overall Mission: Air Force bases in California are some of the most important and influential in the nation, including Travis Air Force Base.

The base helps protect the “Gateway to the Pacific” in Sacramento Valley.

It’s home to the 60th Air Mobility Wing which is the largest wing of the U.S. Air Force Air Mobility Command.

Additionally, the base handles more passenger traffic and cargo through its airport than any other military air terminal in the nation.

Many military families and retirees also decide to make Fairfield their permanent home to remain situated close to the base.

Overall Mission: Vandenberg Air Force Base was once known as Camp Cooke.

The military base serves as the jurisdiction for the Air Force Space Command (AFSPC) and 30th Space Wing.

Vandenberg handles space and missile testing as well as placing satellites in orbit.

Air Force bases in California feature a deep history of aviation and aerospace operations in the United States.

Many of the most prestigious Air Force bases in California date to before or during World War II.

All in all, there are six active Air Force bases in California as well as inactive ones like Mcclellan AFB (which has transitioned into a museum).

Air Force Bases in the US 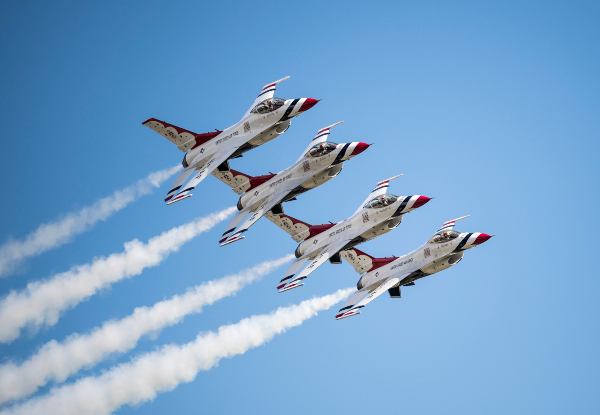 California is home to several large and important US Air Force bases. Check out our list of all 7 California Air Force bases, including the units stationed there, its current mission, and more.