Military families depend on Virginia BAH given the high volume of military bases in the state.

Virginia is rich in history and military tradition as well as grants swift access to the Atlantic Ocean.

Get details on Virginia BAH for major cities such as Washington, D.C., Arlington, Norfolk, Hampton, Richmond, and more.

OMK has the latest Virginia BAH rates based on location and military rank.

The nation’s capital – Washington, D.C. – is an obvious choice for military establishments.

Thus, Virginia harbors a variety of military bases to protect D.C. which is on the opposite bank of the Potomac River.

Arlington County and Fairfax County are home to the following military installations:

Virginia BAH is distributed each month and based on military rank as well as the number of dependents (if applicable).

The region is home to numerous military bases:

Virginia Beach and Norfolk are the 2nd and 3rd most populous cities in the state.

Virginia BAH for Norfolk and the surrounding communities based on rank (enlisted, warrant officer, officer):

The region is home to the following Virginia military bases:

The best solution for housing is in Newport News, VA and Hampton, VA:

Richmond represents the capital city of the Commonwealth of Virginia.

Today, Richmond is the fourth most populous city in Virgina.

The remote community borders the Potomac River and Quantico Creek.

Quantico is most noteworthy for supporting one of the largest U.S. Marine bases in the country.

Marine Corps Base Quantico is primarily utilized for training purposes.

For this reason, the camp is often regarded as the “Crossroads of the Marine Corps” for surviving recruits.

Meanwhile, the U.S. Marine Corps Combat Development Command represents the majority of the 12,000-plus military and civilian personnel living on site.

Housing is limited in the area so you’ll have to rely on the military base.

Service members and dependents can save more by taking advantage of military discounts.

The Naval Surface Warfare Center (NSWC) is 1 of 3 that exists in the country.

The U.S. Navy tests weapons and conducts other research on site.

As a result, the majority of the personnel are scientists, engineers, or support staff.

Meanwhile, the U.S. Army conducts training of its own at nearby Fort A.P. Hill (Bowling Green, VA).

The military center focuses on arms training that all branches of U.S. Armed Forces implement.

Warrenton is a quaint community that exists directly east of the Blue Ridge Mountains.

Additionally, the region is home to Bethel Military Academy.

The discreet military complex is spread out over several remote counties and includes at least one “relocation” bunker.

Virginia BAH is especially high for this affluent community: 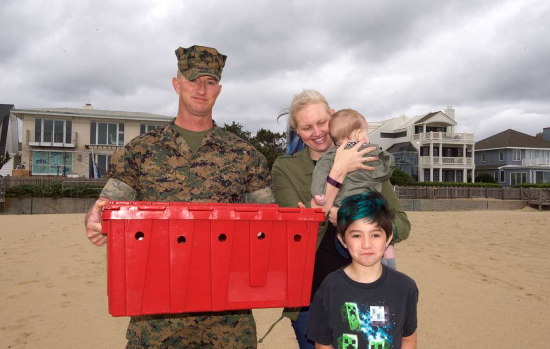