In the Marines, every Marine is a rifleman and must have the skills necessary to handle themselves in combat confidently.

The School of Infantry is the school all Marines attend after boot camp, and it is the second stage of Marine training.

Under the School of Infantry, there are two different training battalions.

If you have an MOS in Infantry, you attend the Infantry Training Battalion.

If you have any other MOS designation, you attend the Marine Combat Training Battalion.

The goal of the Infantry Training Battalion is to ensure infantry Marines receive the necessary training.

The training itself combines classroom instruction, applying skills in a hands-on environment, and live-fire practice.

There are two different locations for the School of Infantry.

Marines in the west attend the Infantry Training Battalion with the School of Infantry in San Diego at Camp Pendleton.

Those in the east training gin North Carolina at Camp Geiger.

Marines who have a Military Occupational Specialty (MOS) designation of Infantry train at the Infantry Training Battalion.

If you have an MOS that that begins with the number 03, you are in the infantry.

There are five MOSs under infantry:

On the other hand, Marines who are not in infantry still need combat skills because they believe every Marine is a rifleman and must be combat-ready.

However, non-infantry Marines receive their training from the Marine Combat Training Battalion (MCT), which is still under the School of Infantry.

MCT is 29 days long and happens after boot camp. It is at MCT that Marines learn their combat skills before moving on to their career-specific training.

The ITB training starts the same for everyone, but it diverges into different training depending on your MOS.

For instance, a Marine Anti-Tank Missileman (MOS 0352) will have heavy anti-armor weapon training, while a Mortarman (MOS 0341) will study mortars.

The beginning of the 59-day course is the same for all Marines in training.

At the beginning of the Infantry Training Battalion training, Marines study marksmanship, explosive devices, grenades, and how convoys work.

Also, Marines learn about military operations in an urban environment, formations, and patrolling.

While the schedule may change or be different depending on if you attend the east or west ITB, this is a general overview of what you could expect during this training.

The first week at the Infantry Training Battalion involves a lot of administrative work and classroom instruction.

Marines receive their equipment this first week as well as their weapon.

The second week involves weapons training on the range, land navigation, as well as a rigorous physical conditioning schedule.

Marines practice patrolling and fighting positions with simulated force on force training exercises where Marines take what they learned in the classroom and apply those skills in the field.

Also, week four is the time for advanced combat marksmanship.

At the end of the week, Marines can expect a run and a 15-kilometer hike.

During week 5, Marines go through their basic skills exercise before splitting off into MOS specific training on day 30 of training.

As Marines diverge into career-specific training, there is still a tremendous amount of physical conditioning and marches that are the same no matter the MOS.

What Happens After the Marine Infantry Training Battalion Training?

After infantry training, Marines attend training specific to their Military Occupational Specialty before moving on to their duty station.

After, Marines can take 10 days of leave before reporting to the School of infantry to attend either MCT or ITB.

Next, Marines move on to their career-specific training.

Every Marine reaches the same basic combat training level because every Marine is a rifleman with combat knowledge.

After boot camp, all Marines attend the School of Infantry training.

Those with a non-infantry MOS designation train with the Marine Combat Training Battalion.

Those with an infantry MOS attend the Infantry Training Battalion.

Marines in Infantry have the same training at the beginning.

However, the training diverges so Marines can receive infantry training specific to their MOS. 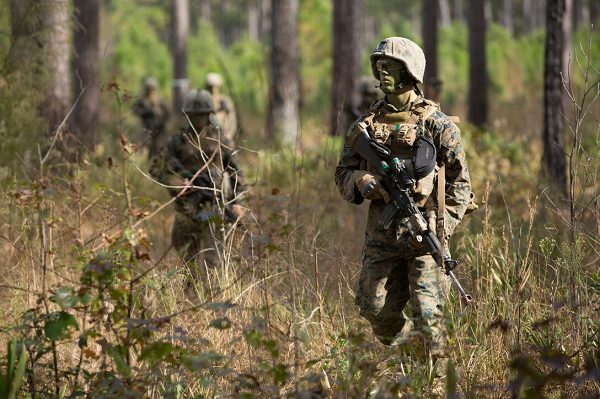 Learn more about Marine Infantry Training Battalion (ITB), including what it is, how you end up there vs. SOI training, what the schedule is, and much more.